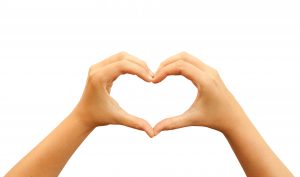 This very brief history of 13th Octave LaHoChi spans lifetimes. First, LaHoChi, an ancient healing method in Atlantis, was lost over time. In 1991, higher beings revived it through channeled messages to Satchamar, a spiritual teacher on earth. As a result, five basic positions were used for healing at that time. More were added later. We also know the 13th Octave came to earth in 1996. It was at that time Lao Tsu (Taoism) began channeling spiritual information to Linda Dillon. So, we now know the 13th Octave is a vehicle for entering the 7th dimension.

By 2000, Lao Tzu and St. Germaine, as well as other spiritual beings, reintroduced the LaHoChi energy to Linda. They offered this energy in expanded form for healing oneself, others, and the planet. LaHoChi energy holds the love and light of God, they explained. Therefore, it raises one’s frequency on the physical, emotional, mental, and spiritual levels. Consequently, it works for the healing, expansion and greatest good of each person who encounters it.

Since 2000, change and transformation have dominated. To aid in the evolution of humanity, the 13th Octave and LaHoChi were blended together into 13th Octave LaHoChi..With this combination, the synergy of these energies forms a powerful healing modality. In other words, through the Council of Love’s gift and assistance, the planet and all on it are benefiting now vibrationally.

Author, Eilis Philpott, states, “The 13th Octave is a process of complete union within the heart of God. It is about a profound connection and anchoring of Love and the Christ Consciousness here on Earth in this dimension, at this time. …The 13th Octave is beyond time and space… It is simply a state of being.” (13th Octave LaHoChi Practitioner Training Manual, p.15) Consequently, the 13th Octave allows one to experience life from a state of consciousness beyond that which was previously known.

On the other hand, LaHoChi is also an ancient healing modality that brings an individual to a higher state of consciousness. It was brought forth again through Lao Tsu and Taoism for the benefit of all in 1996. Taoism, the middle way, was a means for balancing all levels of the individual, from physical to spiritual. Lao Tsu wished to utilize LaHoChi energy for that purpose as well. After the year 2000, energies from throughout the universe began to noticeably expand and influence the earth. Philpott states, “The period from 2000 to 2012 was …a time of dramatic shifts and cleansing not only of the planet but also of everything on it, including humanity.” (p.17) As a result, it was during this time the 13th Octave and LaHoChi energies merged.

To paraphrase Philpott, the 13th Octave LaHoChi was brought forth to assist in that transformation work. Consequently, this energy became a powerful healing modality from the Counsel of Love. Most importantly, the Counsel gave us this gift for the healing of humanity and earth. In other words, these benevolent beings work to help raise the vibrational levels through the 13th Octave LaHoChi energy. It is a tool of transformation for individuals, situations, environments, and communities. Philpott also states, “The purpose of the 13th Octave LaHoChi is to assist the individual in the fulfillment of their chosen journey, Spiritual and physical.” (p.19)

13th Octave LaHoChi, the energy of light and love, is evolutionary in nature. Two powerful energies combine into one to form a healing energy beyond that which has been experienced to date. It is the result of higher benevolent forces working to assist humanity and our earth in our expansion. This new energy brings healing on many levels for a variety of situations, all for the benefit of mankind. 13th Octave LaHoChi is deep, cleansing, and restorative, enabling us to grow along our individual spiritual path. Adonai.